Frank Hawes gets the joke. Do you?
End shot of the film 'Alone In The Dark' 1982 directed by Jack Shoulder and starring Jack Palance.

Jack Shoulders films are and have been hit and miss, but in this little known horror suspense film he created a gem. Not least because of his amazing cast of Hollywood veterans including Martin Landau   and Donald Pleascence. A young Dwight Schultz plays a relocating psychiatrist , a casting that carries an ironic prescience, since a year later he would star in the hit eighties show The A-Team. Starring as Lieutenant 'Mad' Murdoch an often institutionalised pilot.

The films basic plot is about four insane killers who , when their regular psychiatrist moves hospitals, dream up a delusion that he has been murdered by the new doctor (Schultz). They take it upon themselves to kill this new doctor in revenge and lay siege to his house.

Hidden Narrative.- in edit.
The film has a hidden narrative that satirises and explores the nature of madness and social conditioning. We are given the madness of religion (Landau) , the madness of sexual desire (the molester), madness of war (Palance)- versus the reasoning of the doctors. The club Palance  ends up in the end seems like bedlam, he is rewarded with applause when he beats up the doorman. The youth seem drug addled, not connected to our version of sanity. They live in a world of nuclear war and accidents (a nuclear power plant accident that shuts all the local power down aids the patients escape). The doctors sister, herself a former mental patient demonstrates against nuclear war. The locals riot in a crazy fashion when the electric is down- so much for civilisation.

-Re-write this and edit in a few pics. 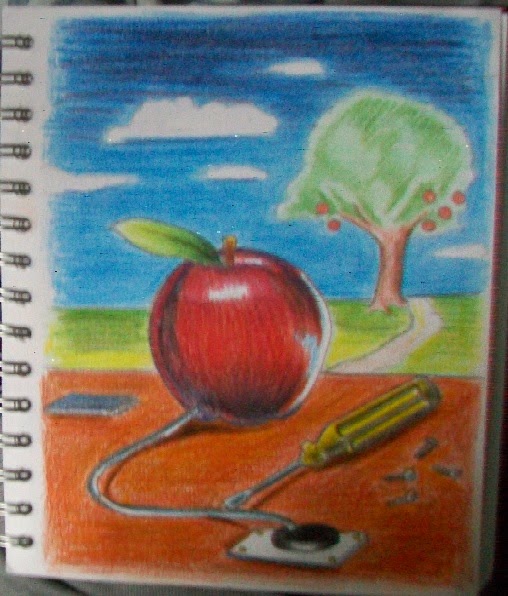 Design for later painting.
Posted by sundersartwork at 04:05 1 comment: 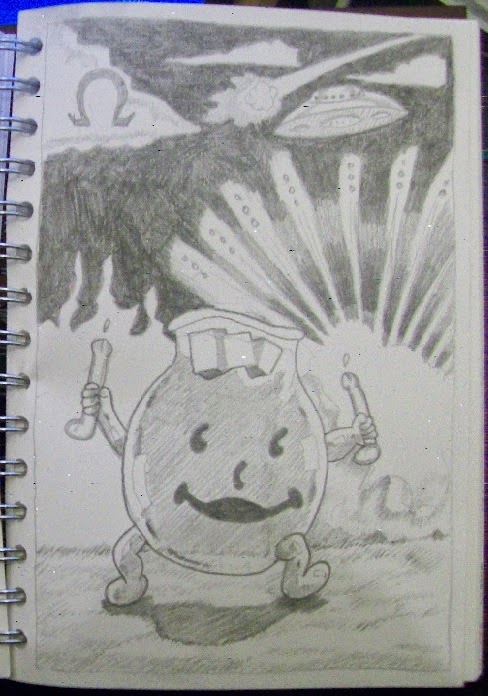 Pencil drawing.
My research in to the psychology and history of cults.
Jim Jones was responsible for the largest death of American citizens after 9/11, Jones a psycopathic cult leader established JonesTown in Guyana. With him as total leader, sexually and financially exploiting his followers.

After pressure form concerned relatives a United States Senator flew to investigate, to determine if the followers were allowed to leave. With the senator as support many cult members asked to leave with him.  Fearing a loss of his control ,Jones ordered those loyal to him to shoot them all, everyone else was ordered at gun point to drink poisoned Kool Aid. Babies were injected with syringes to ensure no one survived.

The UFO and comet and Omega symbol are from The Heavens Gate cult in which members believed through suicide they would ascend spritualy to a higher form of existance. Scooped up by a UFO hiding in the trail of the HAIL BOPP comet. 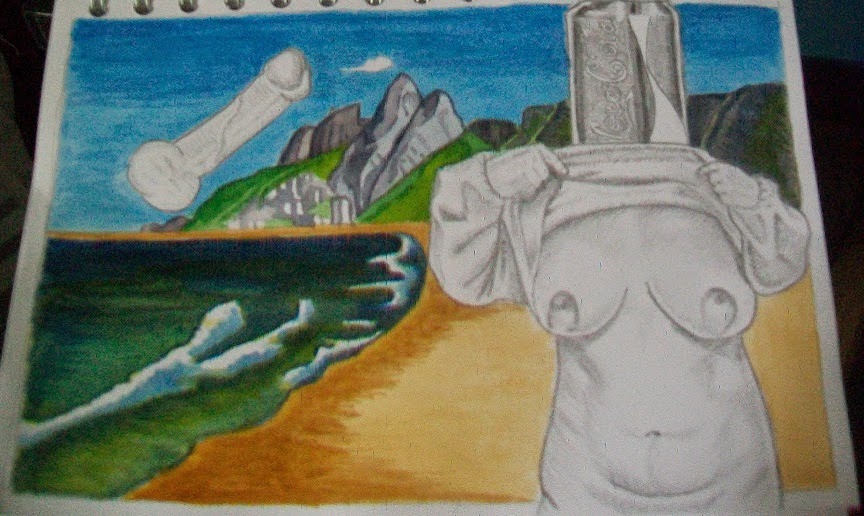 Watercolour on paper.
Surrealism piece based on my fascination with Brazillian culture and history . Surrealists believed sexuality was a strong force in creativity. 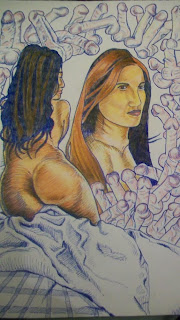 Pencil crayon and ink on paper.

The work is transgressive and develops a narrative on the nature and exploration of sexuality and eroticism based on the work of the Czech surrealism movement and the collages and writing of Jindrich Styrsky.

Posted by sundersartwork at 09:32 2 comments:

Added more to the face. 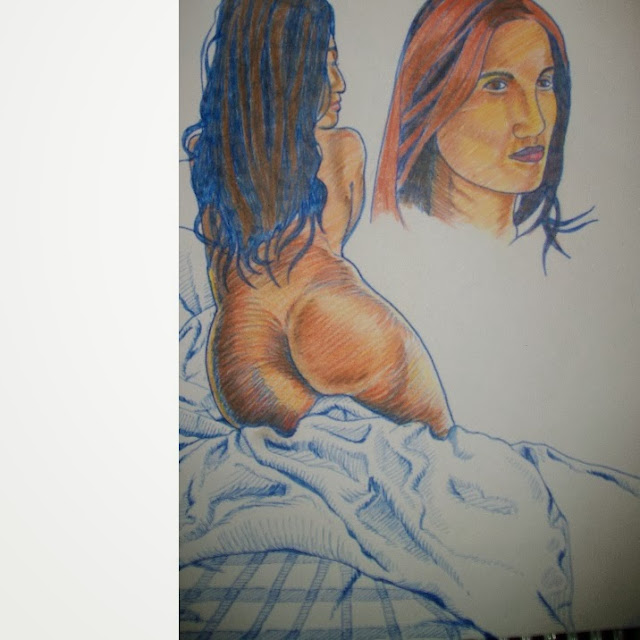